Concert for Hope — Sunday 18th April
This free-to-attend online concert via Zoom presented a hope-filled and uplifting selection of music looking forward to a time when we can all sing together in person.

View an illustrated report of the concert 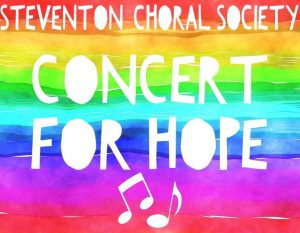 Click here to watch a taster for the concert

Click here for details of how to join the event 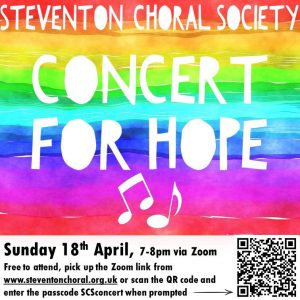 Donations are invited to support the makeover of the Radiology Department Staff Room at the John Radcliffe Hospital in Oxford as a thank you to the hardworking NHS staff who use it. For more details and to donate, visit the project’s JustGiving Crowdfunding Page. 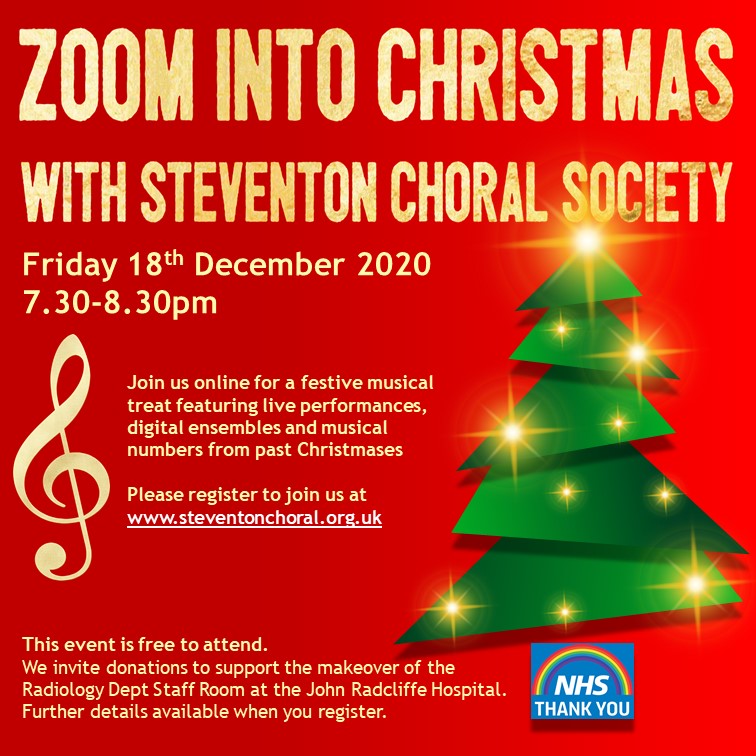 The magnificent sum of £1153.18 was raised for Sobell House Hospice at the Churchill Hospital in Oxford at our recent Voices for Hospices 2019 concert in Steventon Village Hall on Saturday 28th September.  Read the concert report

The choir presented a ‘big’ cheque to Sobell House ambassador, Jo Lennon, at its rehearsal in Steventon Village Hall on Thursday 6 February.

Read the article about the concert in the Sobell House newsletter 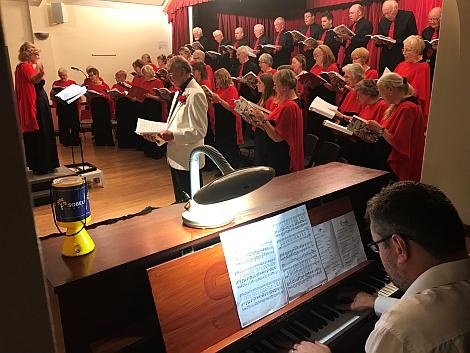 The Christmas Concert on Saturday 14th December raised the wonderful sum of £573 for the charity Hearing Dogs for Deaf People. This small UK charity based near Princes Risborough in Buckinghamshire trains dogs to alert deaf people to sounds, as well as helping them to leave loneliness behind. Choir member, Sharron Jenkinson, told the audience and choir about the charity’s work. She also introduced everyone to Riley, the 11-week old hearing dog puppy she and husband George have just started training and the slightly older Troy, currently being trained by another choir member, Jane Sutton and her husband Phil. 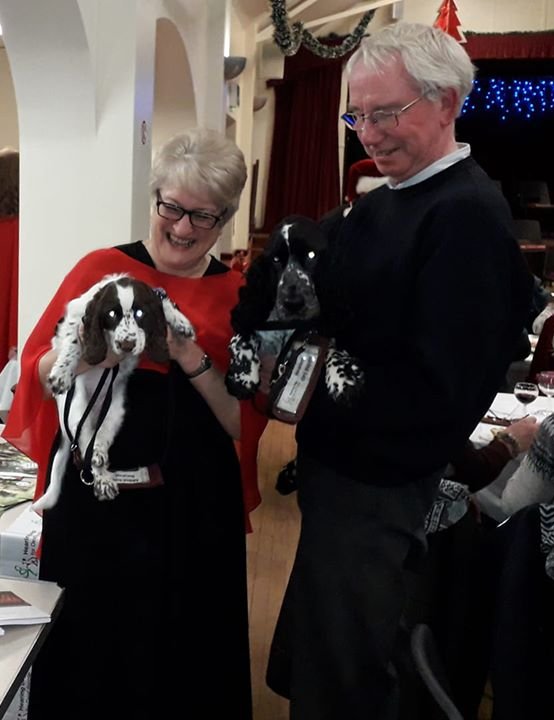 Riley and Troy, with their trainers, at the Steventon Choral Society Christmas Concert on 14 December 2019

The concert in Steventon Village Hall in Oxfordshire on Saturday 28th September was given in support of Sobell House Hospice in Oxford as part of World Hospices and Palliative Care Day 2019. Over £1100 was raised through ticket sales, sponsorship of those singing, the raffle, bar sales and donations.

Steventon Choral Society is proud of its long association with Sobell House – Jo Lennon, an ambassador for Sobell House, attended the concert and spoke about its work and future plans. 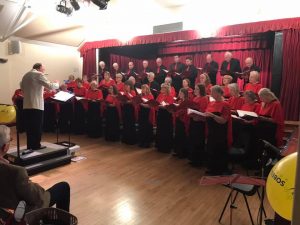 Steventon Choral Society’s Diamond Jubilee Year continued with a Mendelssohn Evening  on Palm Sunday, April 14th. The choir sang two anthems, excerpts from Hymn and Praise and excerpts from Elijah for a small but appreciative audience at St Michael & All Angels Church in Steventon. Joining soloists from the choir was guest soloist, Leslie Macleod Miller. Proceeds of £200 from the concert were given to the Church for its fabric fund.
Read the full concert report 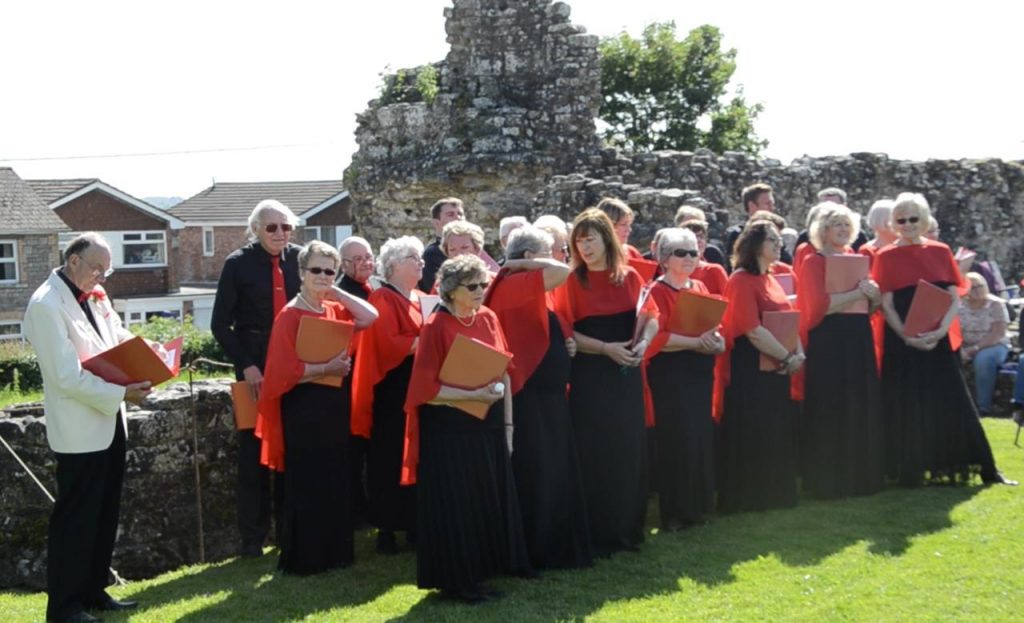 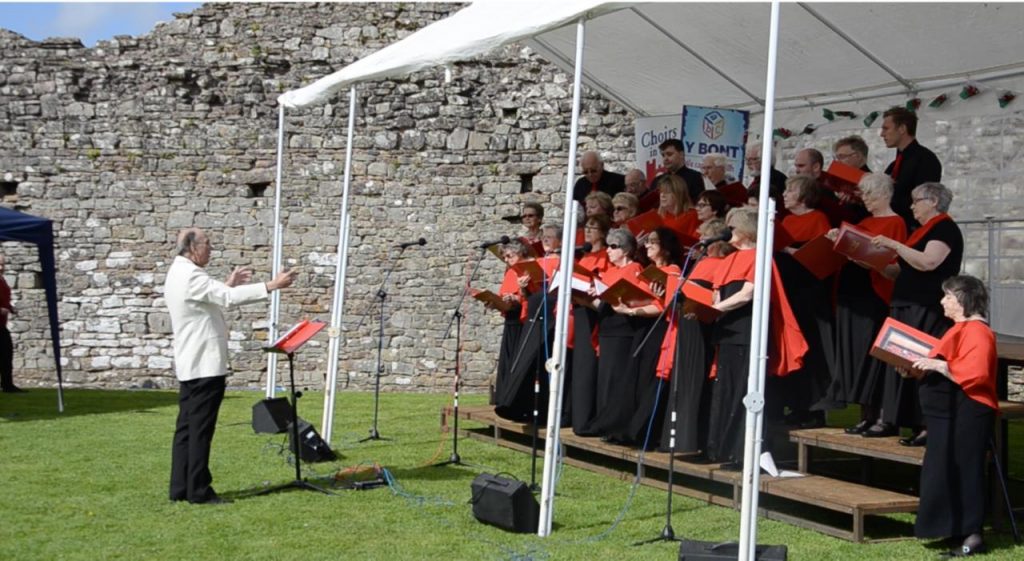 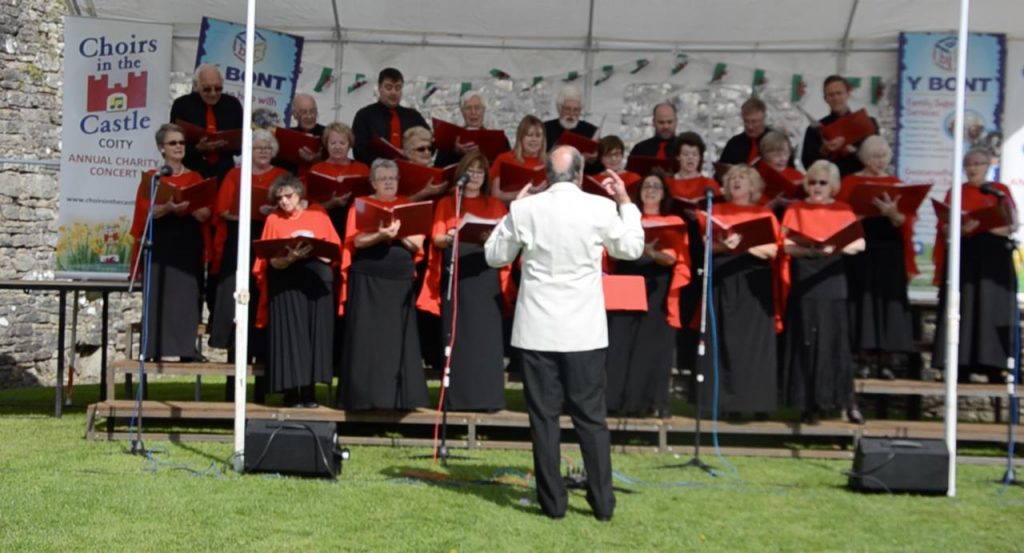 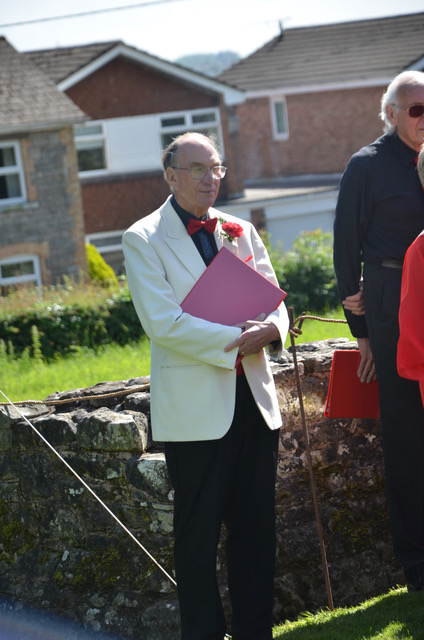