Steventon Choral Society was the first English choir to perform at the annual Choirs in the Castle charity concert at Coity Castle near Bridgend in south Wales. This year’s event, held on Saturday 4 June, raised over £4,000 for Y Bont, a Bridgend-based charity which supports families with disabled children. 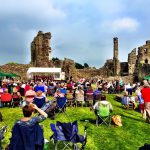 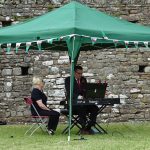 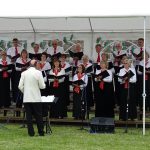 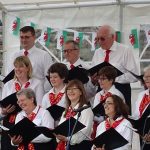 The choir enjoys the concert

The choir, accompanied by Rob Thomas and directed by Terry Pearce, sang a short programme of musical hits:

The audience was very warm and welcoming, and clapped along with the livelier numbers.